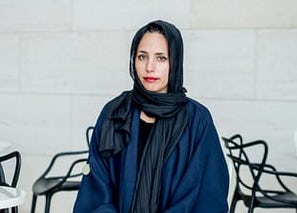 There’s more to art and spirituality than meets the eye, ear or intellect. More is what lingers, soothing the troubled soul, leaving a bad taste, irritating beyond belief or what we thought we knew. More is about our interaction with that which is not obvious, a process that inadvertently engages us in co-creation of the ongoing story. We are changed by our engagement and so is the artwork.

For Your Eyes Only is a three minute DVD, a story about Muslim women preparing for a wedding, part of the exhibition, In Spite of Ourselves: Approaching Documentary at the Dowse Art Gallery. But only women can see it, a boundary that has prompted complaints of discrimination.

Not everyone agreed the boundary discriminated. A collective of artists and art educators pointed out that, ‘our own work . … makes us constantly aware that”the public” is not simply the absence of boundaries, but the development of sites where effective participation and reflection on boundaries can take place.’

Reflection on boundaries is exactly what happened when I sat down to watch For Your Eyes Only. Whilst the content was interesting and immediately accessible to any women who have been part of bridal party preparations, it was the issue of boundaries that hooked me and specifically the boundaries constructed around women.

Those boundaries have always intrigued me, not least because of a perplexing pull towards the veil. A desire to be a nun as a young teenager, which would have proved difficult for a Baptist kid, and now an enduring interest in the coverings worn by some Muslim women.

Both sets of clothing can be seen, and often are, as dress codes threaded with religious injunctions, invented by men to control women. However, the system that is said to repress women through restrictive clothing also strips them bare in the name of fashion and considers that to be freedom. There’s some truth in both those stories but not necessarily the kind that sets us free.

As in art, the interest for me is not the obvious but the unknown, the ethereal essence of female existence that clumsy rule making and censorshup may have been, somewhat ineffectively, trying to honour. By restricting reflection on this to women, the artist Sophia Al-Maria has opened up a seam of resistance to the persistent process of wrapping and unwrapping women for consumption.

The complaints to the Human Rights Commission want this seam of resistance unpicked. I’ve found myself leaning on the seam, almost wearing it as a point of strength whilst I reflect on what being woman actually is instead of what I continue to be told it is.

Different perceptions, differetn questions, all gathered round a contested boundary highlighted by a veiled Muslim woman artist saying no. A priceless spirited engagement.