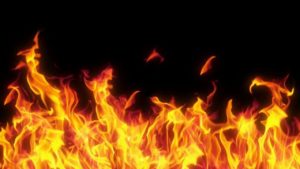 I heard about a kid who used to burn palm crosses whenever sex sauntered across his mind.  He was confused about one of the most powerful drivers in his life.  He’s not alone in that confusion.

Whether you’re a princess, bishop, rubbish collector, nun, teacher, bus conductor, judge, or prime minister, sex will form part of your life. It might be the screeching, panting, sweaty variety or demure holding hands kind. If you’re celibate, through accident or design, it might only appear as a trace of the chemical cocktail that fuels us all, but it will be there.

For something so universal, it’s not surprising that it dominates the way we see others. Sexy, hot, pervert, slag, stud, beast, queer, straight. Sticky labels that no matter how much we pick and scrape at them leave torn reminders that we appear to be one-dimensional creatures imprisoned by sexuality. Like a tsunami in its intensity, often short-lived and with tragic consequences when it goes wrong.

It went badly wrong for a sculptor who once created a set of beautiful gates.  Originally, the gates were hailed as a work of art and hung proudly at the entrance to a local school. But then the man was convicted of sexual offences and imprisoned.  The community was outraged and took the gates down to be hidden away, like the artist.  There was even talk of melting them down into an unrecognisable hunk of metal.  Symbolically, it’s a way of extinguishing the person by destroying his creation.

Not far away from those gates, a man was released from prison after serving many years for a range of sexual offences. He’s destined to live out the rest of his life within a complex arrangement of security measures that means he is not in prison, but might as well be.  Even so, the local community agitated to get rid of him, though, without the death penalty, that seems a fruitless exercise.

These two random but high-profile cases are representative of thousands of situations where sex has gone wrong. Some are as deeply dark as these and others a muddled stumble over a boundary, redeemable with generosity, good sense and spacious restorative processes. However, in our sexually anxious times, we believe that harm outweighs potential and that there is little good in someone who has crossed sexual boundaries. This cannot be true.

We’re all a motley mix of memories, achievements, failures, relationships and behaviours weighted in varied ways by our context, expectations and belief systems. The sexual impulse, the primal urge to life energises this mix. That might be why religions have put such emphasis on managing sexuality. At their best with rituals celebrating fertility, sexual maturity and the responsibilities it brings, at their worst when dampening down sexuality with oppressive moralistic regimes.

Ronald Rolheiser, Catholic priest and spiritual writer remarked that we’re all born on fire with desire and that what we do with that unrest is our spirituality.  Reason tells us that the sexual desire we’re born with includes shades of light and dark.  None of us is immune to that.

However, we won’t learn much about integrating those forces if we insist on isolating difficult people or our own thoughts and feelings.  Otherwise, we become naïve palm cross burners, never quite working out how to hold in tension the sexual paradox that is an inescapable and creative part of us all.