There’ll be no return to church, said The Analyst in reflective mode, ‘until they get rid of the homily.’ He was musing, not on 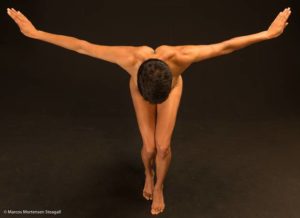 the lapsed art of stylish rhetoric, but the tendency to use a pulpit to tell people what to think, believe and do.

Rejecting a dictatorial approach to spirituality is probably one of the reasons the institutional Christian church in Aotearoa New Zealand is in terminal decline.  But I also wonder if it’s because my mother tongue has progressively lost touch with the depths of the unconscious, instead using the head to make determinations about God, or whatever you want to call The More, and trying to make adherents adopt each new version as The Truth.

Even although theology was one of my first loves in the God business, and I’m certainly not advocating less theological education because at its best it can deconstruct nonsense; but, I’ve come to see that an over emphasis on thinking about God is one of the imbalances that keeps power within a select group whilst tending to override a more experiential and instinctual approach to spirituality. When this happens, people lose touch with the skills to access the truth that rises within them, instead believing that the church, and particularly the clergy know best, or not.

Losing touch with the depths can also mean a kind of dishonesty about new discoveries. For, although the emergence of the Jesus archetype was an enormous gift to the world, Christianity has had a convenient memory lapse in forgetting that it is not an exclusive mythology. As Joseph Campbell points out, ‘It is clear that, in Orpheus and Christ, we have exactly the same archetype, with the motif of leaving the physical world, still symbolised with a cross in astronomy, for the spiritual. They leave the Earth, symbol of Mother, to go to the realm of the Father.’ [1]

Being connected across time, culture and space to the stories, motifs, and archetypes that keep arising for humanity is a good thing, whereas trying to be exclusive and right leads, as my mum used to say, to a fall. Humble acceptance of that universality could be a way forward in Aotearoa for a church struggling with its own irrelevance.

Coming to terms with the cycle of birth and death, in both literal and psychic ways is one of the most important parts of being human. Christianity has its own version of this in which Jesus willingly engages with death and descends into the grave to be resurrected into a new way of being. It’s a powerful archetypal story about transformation of the interior life, not something impossibly physical.

One of the big challenges for the church could be to embrace its own death willingly, descending into the darkness and nothingness of the grave in order to be resurrected with a new consciousness that enables awareness of both the divine and demonic, and the integration of the self as a contribution to a more enlightened human consciousness. This would mean letting go of an exclusive devotion to Jesus, allowing for varied figures from the unconscious to find their way to the surface, encouraged by a compassionate openness. This could be difficult for an institution keen on its own revelations and a habit of pushing those on others, however, I have hope.

My hope centres around the rediscovery of the church’s role as a doorway to the ineffable, fostering the human journey to the interior by developing our ability to dialogue with the unconscious, a sacred art that goes back way before the Jesus archetype and the development of church buildings, many built on the former sacred sites of more ancient gods and goddesses in a futile effort to rein them in.

Biologist Rupert Sheldrake suggests that churches, in honour of the place of dreams in their ancient texts, become places where people come to stay overnight for dream healing in the same manner as they did in the ancient Greek temples. A suitable liturgy unfolds before sleep and in the morning, therapists help people interpret their dreams. This shifts the voice of authority from a God out there to the wisdom that rises from within, something central to my participation in Jungian dream analysis, both a rigorous religious discipline and empowering spiritual experience.

Whilst a dream chamber may be a bridge too far for the church now, a reclamation of a focus on the arts and their transformative power is not and is being fostered by many churches around the world. Their websites show a fascinating shift to balancing the needs of a smaller religious community alongside a growing emphasis on classical music, arts and meditative practices, all of which open the portals wide enabling each person to experience the divine in whatever way becomes real to them without having to be told what it means or how one is to interpret the experience.

Doorways to The More. Let’s fling them open to facilitate the human search for wholeness. It was The Analyst’s dream. Mine too.

Image: New Zealander Olympic boxer Alexis Pritchard was photographed by Marcos Mortensen Steagall for a fundraising exhibition as part of her comeback at the 2018 Commonwealth Games. I found it to be an incredibly moving image and in the style of Christa, the female Christ.

4 Replies to “Flinging open doorways to The More”