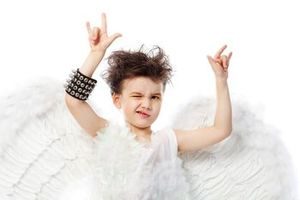 Joy to the world, the angels at Statistics New Zealand are singing a new song . Anglicans and Protestants are on the eve of destruction. We’ve got about 20 years left.

By 2054, (my 100th birthday!) Christianity, except for Roman Catholicism, will probably not exist in New Zealand either. The Catholics may buck the trend if their current adherence figures can be maintained, says Bosco Peters , Anglican priest, blogger and commentator on Anglicanism.

If Christianity has good news to offer, it’s lost on most Kiwis because spirituality has come to mean different things to different people. ‘It may include (a search for) one’s ultimate beliefs and values; a sense of meaning and a purpose in life; a sense of connectedness; identity and awareness; and for some people, religion. It may be understood at an individual or population level.’ (Egan, et al,2011)

This is my understanding as a chaplain in conversation with people who don’t consider themselves to be religious. However, it’s obvious in those conversations that universal truths lie deep in our collective unconscious; truths that cross religious and cultural boundaries and are there whether you go to church or temple, or not.

These are the unutterable truths that tend to be mangled by theological dissection but come alive in stories, art, music, mythology, food, family, awe-inspiring mountains and rivers, and alluring aromas.

Signs and symbols, doorways to the ineffable that were once navigated by the church, but in truth, they’re open to everyone. They’re like doorways to the inner world, the unconscious, where stories, feelings and memories slumber, somehow connected in a mysterious way to the archetypal stories of the world.

The Christmas story is one of those eternal tales that speak of light and life being born out of great darkness and at a deeper layer, the amazing story of spiritual rebirth is unfolded, the outrageous idea that we are continually born out of ourselves into ourselves.

At an everyday level people seem to get that without having to be Christian and what’s more, find increasingly inventive ways to keep the story going. No-one seems too worried about whether Jesus was born in a stable or cave, Bethlehem or Nazareth, or whether he was born at all. Instead, good news abounds and the world is pregnant with possibility, without the need to theologically throttle that idea to death.

Some churches mutter about putting Christ back into Christmas but perhaps Christ is beyond that kind of control. Tom Harpur , Anglican priest, theologian, broadcaster and author of The Pagan Christ believes that the real Christ is a universal archetype; a classic, pre-existent myth, known essentially by all humanity. That rings a bell in my world.

New Zealand church leaders, according to an article in the NZ Herald , are going with a more literal interpretation telling us that God stepped into human history to live among us. However, we’re past being told what to think. Christianity is crumbling and our spiritual evolution is now happening outside of tight cultural or religious lines.

Andrew Brown, blogging in The Guardian on the popularity of atheist church services in London reckons that ‘it’s not quite as simple as a revolt against God. It is – more profoundly – a revolt against dogma of every kind. We are all now tired of “appointed lecturers”, whoever appointed them and whatever they are eager to lecture us about.’

This Christmas I give thanks for the news from Statistics New Zealand because it’s like the star of Bethlehem lighting up the season of rebirth. As a church, let’s not shun the light and subvert the birth because we’re so besotted with our own death.

This blog is an edited version of a sermon preached at The Community of St Luke, Remuera on 22 December 2013.