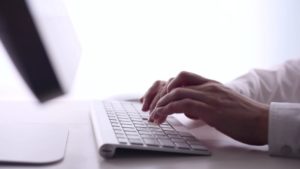 ‘So,’ said my Jungian analyst, voice quiet but interested. ‘You didn’t put your ordination dates in this autobiography.’ I scrambled to find the page and chuckled when I realised that I hadn’t even noticed the omission. An inadvertent absence was pointing to something more.

Two years have passed since I stepped out into the uncertain territory of being ordained but not authorised to act as an Anglican priest. It wasn’t my choice. Instead, made by the Anglican church hierarchy who considered that my writing, mostly exploring what we mean by God, indicated a move away from the central tenets of Christian faith.

When I wrote in 2008 that ‘living in the 21st century gives us the freedom to take control of our spirited search, listening to the wisdom of all religious traditions and sometimes figuring out our own hybrid version’ it was crystal clear that many of us were doing this whether we said so or not. Thomas Moore’s, A Religion of One’s Own echoed these sentiments because they’re an unstoppable stream of contemporary thought and action, not peculiar or disloyal but vital for reclamation of spirituality beyond religious control.

Not good enough say my church masters. This is not Christian theology. From their perspective, it seems they require priests, through their ordination vows, to literally agree that the Holy Scriptures contain everything necessary for salvation. However, literalism has no place in the academic study or application of ancient texts. Learning to be a critical thinker in the company of those texts was one of the gifts of my theological education, courtesy of the same Anglican church that was now telling me I didn’t belong.

Many other pieces of writing were in dispute too but Crumbling Christianity Good News for Kiwis seemed to hit the spot with the hierarchy. In that I said, Tom Harpur  Anglican priest, theologian, broadcaster and author of The Pagan Christ believes that the real Christ is a universal archetype; a classic, pre-existent myth, known essentially by all humanity. That rings a bell in my world.’ That particular Christmas ‘New Zealand church leaders, went with a more literal interpretation telling us that God stepped into human history to live among us. However, we’re past being told what to think.’

Was it the suggestion that Christ is an archetype, part of a mythology that riled them? Or was it the idea that we need to think for ourselves beyond a feudal system that is effectively ruled by the whims of a tribal leader, in this case, a bishop? Or was it a refusal to face the reality of, ‘Christianity is crumbling and our spiritual evolution is now happening outside of tight cultural or religious lines’ that effectively ended my clerical career?

To be fair, this was not the first time my theology had been in dispute. All told, it’s been up for debate for 20 years but writing tends to bring one’s ideas into the public arena. How ironic then that many of the articles in question were paid for by the Vaughan Park Retreat Centre, itself part of the Anglican church, and earlier articles published in Taonga, the national Anglican magazine. There’s a confusing organisational dissonance here, often apparent in feudal systems as varying lords impose different rules without objective standards.

My final engagement with the hierarchy was an interview with the bishop who explained that he saw me as a prophet, but not one for the court because my theology was outside the hazy area at the edge of the church. No permeable boundaries there then.

As I write this now it all sounds calm and reasoned, but it wasn’t. The whole sorry mess took years and threatened my job, income, sanity and any fragile belief I had in myself, my innate spirituality, my critical thinking and ability to string words together for good. In circumstances like that people can collude in their own destruction and I’m no stranger to self-immolation.

My killer stroke was to destroy my website, home to thousands of words, formed and shaped in what I’ve come to understand as some kind of alchemy, a process that goes way beyond my own ability. It is forged in the psychic fire that burns within.

Recovery is slow. Helping it along is the process of Jungian analysis. Whilst exploration of the unconscious through analysis of dreams is not for the faint-hearted, it nurtures my soul that indefinable part of me where my essence is realised and responds.

Analysis has also enabled me to prise open the boxes of old articles, read them and embark on the long process of re-posting on a new website. Every piece that goes up contributes to healing. And then there’s the writing, still a mammoth struggle way beyond the normal task of wrestling words into place on a page.

‘Write,’ my analyst says. ‘Just keep writing, especially, all the things you are not allowed to say,’ for he knows that writing is my lifeline. So, here I am again, Spirited Crone, tentatively exploring spirituality one word at a time.

14 Replies to “Not Christian theology!”