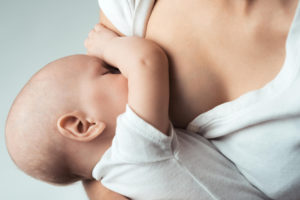 Jacinda Adern, Prime Minister of New Zealand, is having a baby. But you probably already know that unless you’ve been holidaying on Mars. Her partner Clarke is to be the main caregiver dealing with the general insanity a new addition brings along with getting baby to mum for feeds whether she’s running a caucus meeting, meeting heads of state or giving a speech in parliament. How we see mothers and power and government has changed for good.

What you might have missed in amongst all that exciting baby news is that the Episcopalian Church of Washington State have voted to ‘utilize expansive language for God’, suggesting that words for God be drawn from the rich sources of feminine, masculine, and non-binary imagery found in the scriptures and tradition. You might be wondering what this has to do with Jacinda, or whether it even matters if you’ve given up on God but stay with me on this.

In the middle of the Episcopalian’s arguing the toss, Reverend Linda Calkins got up waving a copy of The Inclusive Bible, an egalitarian interpretation of the ancient texts. She pointed to a story in Genesis that has God saying, ‘I am El Shaddai’, usually translated as God Almighty but here presented as ‘I am the Breasted One’. Apparently, this could also be translated as God is my breast(s) or God All-Sufficient.

You could be forgiven for wondering why this powerful, feminine imagery of God as a breast-feeding mother has been largely ignored by the Christian church. Instead the institution has chosen, on the whole, to concretise God as male in church documents, hymns and prayer books, keeping people trapped in a repetitive cycle that can end up as right belief, dogma, literalism, justification for the odd war or two and the unconscious expectation that women will be subservient to men and their divinity. It’s unbalanced.

Many people have tried to alter this through creative music, prayers, writing, and art but nothing much has shifted because male concepts of God are embedded in power structures. I met that brick wall when the chaplain at a male secondary school and, without thinking too much about it, used God our Mother and Father in a prayer. One word, one symbol caused a furore and I was advised not to be so provocative.

This begs the question of where ideas and stories about God spring from and how those are used in developing a mythology we can, or cannot, live by. My experience of listening to people talk about what matters to them shows that ideas or impulses about God are formed deep within human beings, way beyond their own control and even the control of a religious tradition that says this, or that, is the right way.

Religious or spiritual impulses are not trivial or necessarily about the concrete aspects of existence, but much more about what is considered to be sacred or divine, even if it’s difficult to put words around that and is differently nuanced for each person. These impulses are carried in our language and storytelling that eventually become our mythologies or the sacred stories we live by. One version does not fit all but there may be connecting threads.

Carl Jung, the Swiss psychiatrist, and psychotherapist had a view that the unconscious and the collective unconscious were real and mattered enormously in the health of a human being, and in the development of God ideas, or as theologian Paul Tillich put it, what was of ultimate concern to a person. But to run with this requires an acceptance that our inner world, which sometimes seems fragmented and bizarre, think dreams here, is of real importance deserving as much positive attention and nurture as our bodies do.

This is a significant challenge when we have been encouraged to believe that we’re in need of fixing or saving should our inner imaginings take us outside of the structured belief systems of powerful institutions. In the face of that power, it’s easy to become mute, especially since we’ve also lost the ability to speak in mythological and storied ways. This makes it hard to express the sacred, especially when what we value seems to be turning established forms inside out.

So, when I see Jacinda and Clarke’s story unfolding in the public arena and realise that it’s touching a nerve in the most life-giving way, it makes me wonder if, in some mysterious way, there’s a connection here to our collective unconscious that could help us in the process of re-forming mythologies for our time.

For there is something inspirational, perhaps even sacred in the symbol of a young, female prime minister, made vulnerable by pregnancy and being prepared to bring her child to birth and nurture in the seat of power that, as a result, will never be the same again. It’s a symbol that could hold the threads of a story to live by.