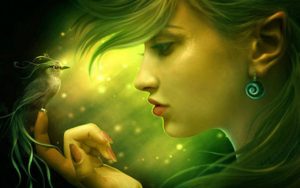 The conversation had rippled and sparkled. My doctor friend and I juggled theological ideas as they tumbled out and into the space between us. But as he got up to leave my heart sank. ‘Oh no’, I thought, ‘after all that he’s going to say he’ll pray for me.’

I’m ultra sensitive, you could say allergic to people praying for me. It’s the result of growing up in an environment where prayer was a subtle form of control, a language game that socialised required theological ideas into an unquestioned groupthink. Everything was prayed about, loudly. At church, it was the men, their hands heavy with assumed authority pressing on our heads or shoulders whilst instructing God who, it has to be said, remained quite unresponsive, although claims of miraculous success were frequent.

This stage of faith, where God appears like Father Christmas or Big Brother is important to grow out of but getting past it is uncomfortable work, says James Fowler author of Stages of Faith: The Psychology of Human Development and The Quest for Meaning. Even religious institutions find it hard to move past what Fowler called the synthetic-conventional stage that has a strong reliance on conforming to authority. Mind you there’s money in keeping people stuck there. Tele-evangelists make millions out of that fear-filled environment where God watches like a vengeful, bullying superior.

However, ‘religion does not have a monopoly on faith,’ says Krista Tippett the On Being radio show host. She echoes Fowler who found from interviewing nearly six hundred people that faith is not necessarily religious but is a person’s way of leaning into and making sense of life. That resonates with me as a spiritual care practitioner working to embed spirituality into the healthcare system rather than remaining in New Zealand as an irrelevant religious add-on. This is not because people don’t think about the godstuff in its broadest sense but because our community conversation has, on the whole, been stuck back at the big brother stage.

In my lifetime the only stimulating marketplace theological debates, which is where they need to be, were during the heresy trial of Lloyd Geering in the 1960’s and then more latterly over St Matthew in the City’s wonderfully provocative billboards. Both of those experiences were uncomfortable for the institutional church and so they should have been. For how can any of us grow past basic understandings of reality to a place where the ground of being matters more than literalism without significant dislocation for the organisations charged with helping us explore.

My friend stumbled over his words. ‘I don’t even know what praying for someone means anymore.’ Our eyes twinkled in unison as we laughed. ‘But,’ he stuttered, ‘what I really mean is that I’m standing with you.’ Powerful.

On his way out he passed the poster I’d made highlighting the words of philosopher Simone Weil, ‘prayer … is absolutely unmixed attention’. My friend had made the effort to be with me in a time of struggle, to make me the focus of his attention. It was enough, more than enough. It was life-giving.

This unmixed attention is the lifeblood of professional spiritual care and the business of all of us in the health system because it’s what people desperately need when they are suffering.