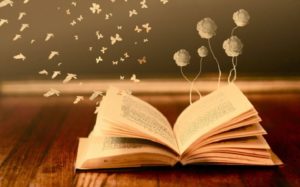 Midwifing death is as important to the dying process as pain relief. For me, it’s walking slowly beside another person as they disengage from their dwindling life force and listening intently to the stories of their life.

Stories can tumble out in a great sigh of relief or drift out in fragments. Sometimes there are tears, as the grief of deep regret rises. Other times laughter bubbles up as stories of achievements, love shared and good times sparkle.

Bonds begin to form through the telling. The silent human awareness that we all have stories lying deep within that need, at some point, to be heard. To be heard by another who will not judge or criticise but value them for the jeweled building blocks of life that they are, no matter how unfinished they sometimes seem.

In that space between us, the stories sit in their own kind of unconditional wonder. Both of us hear them, look at them and know instinctively how important they are even if neither of us comments on them all that much. They are what they are, neither good nor bad and in that moment of acceptance, space somehow becomes holy, sacred, in the most ordinary, under-stated, non-religious way. It’s a process of reconciliation.

Midwifing death, encouraging this expression of what matters as people become more familiar with their increasing fragility is a big part of my job as a hospital chaplain.

But in the same way, as tears can unexpectedly blur the vision of a midwife helping new life into the world, some deaths push past my professional presence. It’s the stories that do it; forming human connectedness that helps to make us whole whilst bringing tears to our eyes.

Midwifing death is an art form, which I think is the creative business of us all. Something to be faced early on in life, the skill passed to one another and valued for its ability to be a reflective companion to life.