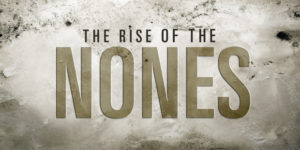 We held hands and Mum’s too, wondering in our own ways, about God and faith and people dying and what the universe meant, if anything.

As we fell silent I thought about all the people I had sat beside as life ebbed away and heard of faith being lost as though it was something material that could be found, discovered, or held before, judging by the stories I hear, inevitably lost.

Perhaps, I mused, faith is like the keys that I lose about ten times a day. They’re always at the bottom of my bag. It’s just that they’re so much a part of my life that I can never quite recognise them in the jumble of my chaotic world.

‘I’m not all that flash at praying myself.’
She laughed, ‘but aren’t you meant to be the chaplain?
‘Yeah, well, we could give it a go, you with your lost faith and me with my shortcomings.’ She grinned.

We gave thanks for her Mum’s life well lived. For the good times and the downright awful bits. For both pain and sorrow. Then we were still. That’s all it was. No God involved, no pleas, no bargaining, just gratitude and acknowledgment of what is.

Someone else came into the room and the moment was over. I got up to go but turned back. ‘Someone, I forget who, once said that faith is about courage. You’ve got heaps of it; faith, courage, whatever, to sit here with your Mum whilst she dies.’

On the face of it, my offering into this situation was not particularly religious or Christian. It suited the situation of the person involved who would likely fit the None category, atheists, agnostics, people who believe nothing in particular. An experienced Humanist chaplain could have done the job as well as me, however, in New Zealand where the Nones are growing fast, the government continues to contract with a consortium of Christian churches to provide Christian hospital chaplaincy. A Humanist chaplain would not be employed.

Times have already changed and Kiwis have found new ways to express spirituality outside of the mainstream. As Dr Richard Egan from the University of Otago says:

Spirituality means different things to different people. It may include (a search for) one’s ultimate beliefs and values; a sense of meaning and a purpose in life; a sense of connectedness; identity and awareness; and for some people, religion. It may be understood at an individual or population level.’

Christianity has a part to play in that process of shared development, as do all religious, philosophical and wisdom traditions. We can draw from our rich tradition, a history of service and significant financial commitment to work with others to build a creative and compassionate spiritual healthcare service that meets the needs of Kiwis who are spiritually on the move. Some may find this disturbing. I reckon it’s an enriching and stimulating challenge.

View all posts by admin