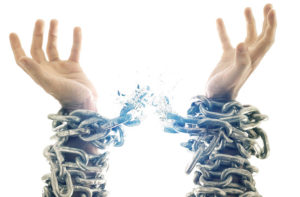 Sometimes truth is so hard to stomach that even though it stares you in the face and shouts itself hoarse trying to be heard we remain oblivious to its presence. This may be because the emerging truth demands much of us.

The truth I have to face is that the Christian religion I represent has become so irrelevant to the greater percentage of the New Zealand population that it’s now a stumbling block in my job as a hospital chaplain.

It’s not that Kiwis aren’t into spirituality. Recent studies have shown that the vast majority of us consider it to be important but these days we tend to talk in terms of essence, values, meaning and purpose of life, rather than religious beliefs.

Whilst chaplains of any persuasion may see that these are exactly the questions that religious traditions have always explored, the perception for many is that the label chaplain and in particular Christian chaplain represents rigid, moralistic, outdated dogmatic religion that we don’t want a bar of. Ouch!

Language matters; especially when trying to express the vulnerability our mortality brings, which is the point at which words burst the confines of their shape. All religions develop a set of signs and symbols to try and help communication along but once these have lost their potency we become unintelligible to each other.

For spirituality to become an integral part of the healthcare system, where vulnerability and mortality intersect, then the communication and perception gap has to be bridged. It’s as though we need a new, shared language that crosses the traditional religious, cultural, philosophical and scientific boundaries so that we can see our human experience in an integrated way.

However, as Pandora discovered, curiosity has its own perils. When we lift the lid on comfortably contained situations it’s as though all the world’s ills are unleashed. The temptation is to step back and let things stay as they are, but the compelling challenge is to keep at the exploration so that hope can be liberated from the bottom of the box where it has been imprisoned.

As I’ve daily walked hospital corridors I’ve experienced the profoundly uncomfortable results of this language dysfunction. It has pushed me to re-evaluate much. My wonderings have come together in, Hospital Chaplaincy beyond religious control: a compelling pilgrimage, presented at the Common Dreams conference in Canberra recently.

This is a stage on the journey, rather than the endpoint, but I’d be interested to hear your views on my attempt thus far to address an emerging truth, the result of a changed world that demands our spirited attention.