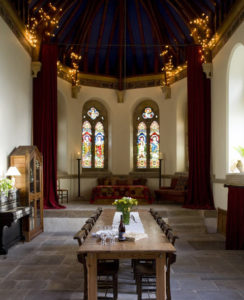 The man in the window seat smiled and nodded in that nonchalant, introverted way we Kiwis cultivate as I sat down and buckled my seat belt.  Minutes later he turned extrovert as he launched into the saga of his house renovations.  I winced until he mentioned that his home was an old church.

‘It closed because hardly anyone went there anymore,’ he said.  ‘It’s not that I’m religious though,’ he hurriedly assured me, ‘but it appealed to me.’

‘What appealed,’ I asked, aware that church renovations were the most popular type of home renovation project in Britain and wondering if the trend was catching on here.

‘I dunno really,’ he mused.  ‘At first, I thought it was kind of quaint but now I’ve got caught up in it and I can’t really explain it.’

‘It just had something, um, kind of indefinable,’ I suggested.

‘Yeah and now I’m looking for all the churchy stuff that used to be in it.  You know, crosses and the reading desk and things.’

‘What will you do with them?’

‘Not sure, but I just want them to be part of it again.’

A bishop I knew used to get frustrated by unused churches being resurrected as cafes.  I’m not sure what prompted his frustration.  If it was the decline of the institution he’d spent his working life in or whether he thought soup and toast in chalice and paten didn’t have quite the same transformative power as wine and wafers.

Whatever the reason, there’ll be more transformations to face as church attendance plummets and insurance becomes an impossible burden after the Christchurch earthquake.  One response is to say the church is about people and not buildings but that’s not entirely true.

Religious buildings do matter even if people never set foot in them or are not believers in the traditional sense.  Witness the stream of visitors to the wall of the old Temple in Jerusalem, the centrality of the Kaaba during Hajj and the outpouring of emotion as Christchurch Cathedral fell.

Sacred spaces can offer a transcendent experience crucial to the development of human spirituality.  An awareness of unrestrained spaciousness that is open to mystery far beyond what four walls can contain or define.

Through stained glass windows, artefacts and architecture they sweep our gaze across history and up towards the eternally expanding heavens.  Engaging the senses through rituals, pageantry, music, story and theatre.  An experience of the Divine that’s never dependent on belief.

My flying companion seemed to know all this instinctively about his home.  He held it with such reverence.  Not religious?  Perhaps not in an expected way but, he was in the way of the future that goes beyond the confining walls of creeds and constructed belief systems.