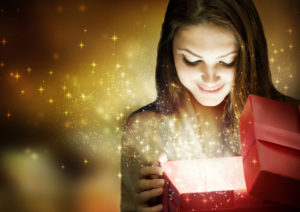 bargains amongst someone else’s discards. Practical, but a tad tragic given that gift giving can be an art form full of symbolism. What is given might gently, or indirectly point to something that is hard to talk about or so fragile that it needs to remain in the shadows. Not altogether appreciated in a consumerist society.

Take the Christmas story. Once Mary had given birth and the ever-enthusiastic angels had cajoled the shepherds into visiting, another interesting group turned up. To be honest, it was another story but more about that later. The visitors were called magi, wise men, astrologers or scholars, depending on which translation you read. They were thoughtful characters who, when notified about this significant birth, travelled a long way to honour the baby carrying symbolic gifts of gold, frankincense and myrrh. Their visit is traditionally celebrated on the 6th January as The Epiphany.

An epiphany, a moment of great revelation or realisation that scholars have been trying to unravel for centuries. Some suggest that these gifts, often given to honour a king or deity in the ancient world, are the clue. Gold as a precious metal, frankincense as perfume, incense or signifying a priestly role for the baby Jesus. Myrrh could be an anointing oil or signify death when used by the ancient Egyptians as part of the embalming process. More recently researchers at Cardiff University have found that frankincense includes an ingredient that can help relieve arthritis. Perhaps the wise visitors already knew that. We’ll never know but tangling with the story can lead to wondering beyond the obvious and perhaps a rethink of why we give presents and what kind matter most.

Stories, especially ancient and somewhat incomprehensible ones carry hints about being human in a complex and often hostile world, pointing to truth that goes beyond place and time. For instance, in the next chapter of this story, the wicked emperor sends troops to find and kill the baby who might be a threat to his power. Fearing destruction, the family flee to Egypt, itself a place replete with symbols and stories about the challenges to power made by seemingly insignificant characters. But if you change the names, dates and places it’s possible to see our own struggles, not just with systems but also those exquisite tussles with our own ego that just loves dominating our own show.

In the other version of the Christmas story, the one with angels and shepherds that has, over time and most likely for convenience, been collapsed into one, there are no gifts. Nada, nothing. Obviously, if you’re woken by hordes of angels and there’s no Marks and Sparks close by then you’ve got a problem if the presumption is that you come bearing gifts. But there was no such expectation. The shepherds just brought themselves to see and interact with this manifestation, symbol of new possibilities in the world and in ourselves. Symbolically, it’s a powerful and liberating image; we are enough.

Resisting principalities and powers that seek to target us for their own ends is a central part of the Christmas story, less easy to fathom, but nevertheless there. Signs and symbols pointing to deeper truth that could bring us back to a grounded sense of self beyond Christmas shopping or Boxing Day bonanzas. That’d be something for angels to warble about.