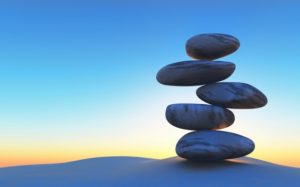 Musician Moana Maniapoto found her beliefs challenged when the ashes of Headless Chicken’s founder Grant Fell were sprinkled on stage during an award ceremony by his wife Rachael. But one of Fell’s colleagues said, ‘I felt like he was there. It was a total magic moment for us.’

The broadening out of how we express meaning and purpose in the awesome universe we find ourselves adrift in is part of the challenge of contemporary spirituality. Central is how to balance the diversity of ideas, beliefs, and practices in a democratic society that values the rule of law. In New Zealand, the partnering agreement held in Te Tiriti o Waitangi brings another layer of poignant expectation.

Moana takes us right there when she prefaces her concerns about the public scattering of ashes with the process of losing her religion. She names that as part of law school de-programming as she became aware of how religion and law were important tools in the colonisation of Aotearoa. Understanding injustice is a powerful motivator for change.

The alienating lines of the Christian baptism service that required the power of Satan, spirit of evil to be cast out of her baby boy also shifted Moana nearer the exit. What new parent wouldn’t cringe at the imagery? After all, it’s not until the kids get older, become more Neanderthal and demons in their own right that awareness dawns to the reality that humanity contains all that is good and equal sprinklings of evil. It’s a balancing act.

Balance was central to the dedication of Moana’s second child with a ritual that acknowledged ancestors, relationship with the land, the environment, the cosmos and our place in it. This makes sense whatever century, culture or country you live in and resonates with international research that suggests ‘spirituality is a dynamic and intrinsic aspect of humanity through which persons seek ultimate meaning, purpose, and transcendence, and experience relationship to self, family, others, community, society, nature, and the significant or sacred. Spirituality is expressed through beliefs, values, traditions, and practices.’ Puchalski et al, 2014

There’s a refreshing liberation here, along with a potential stumbling block around the practices we use to illuminate our beliefs, values, and traditions given that we are a society that incorporates our diversity into public festivals, markets, art, performances, clothing and permanently inking spirituality into our skin. What is offensive for some will be a source of inspiration for others. And so, it came to pass when a vial of Grant Fell’s ashes was scattered on stage.

We have an opportunity in Aotearoa, New Zealand to make spirituality part of the essence that threads us together. The danger is that we project out what we hold to be sacred, become dogmatic about what is right, wanting to create rigid rules that make us more disposed to offense and argument than curiosity and open-hearted conversation.

Remember, it may well have been this relentless rule making and dogmatic literalising, instead of living out of its glorious mythology, much more in line with indigenous approaches to spirituality than we might first think, that has led Christianity to its current near-death state in the Western world. Let’s balance it up more creatively than that.

2 Replies to “Spirituality beyond dogma: a creative balancing act”