Everyone carries secrets.  Not necessarily the kind that titillate, but the ordinary, 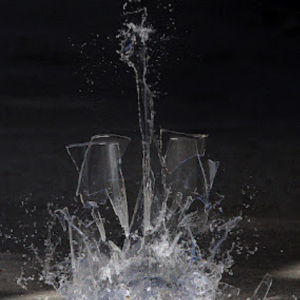 everyday ones that rise to trouble us like a recurring virus.

The pain of regret, of knowing that our lives are not perfect, not even close but sometimes a chaotic mix of halfway rational choices and haphazard mistakes.  Knowing that this life may revolt some and be acclaimed by others, depending on which secrets we allow to be seen.  Sometimes I hear those secrets when someone is dying.

Recently, a family called me as they sat with their dying dad.  They thought some kind of ritual would be good because dad had once, long ago, been a church-goer.

‘Let’s not talk about God though,’ said one of the daughters worried that God required a belief or understanding she had given up long ago.  Some of them looked anxious in case I would be offended. I wasn’t.

‘Perhaps God is a code word,’ I wondered out loud.  They looked interested.  ‘A word for deep stuff that we don’t have any other words for.’

They were quiet for a bit and then started talking about family experiences, remembering good times and bad.  There were tears from the rough, tough son.  ‘Should have said sorry before.  Always thought I would but,’ he trailed off.

‘I did forgive the old bugger,’ said his sister, ‘but I never told him.’  Perhaps Dad could hear.  We like to think unconscious people can but we don’t really know, and it probably doesn’t matter.

A phone was passed around with pictures of other times.  A new take on the box of family photos stuffed in the wardrobe in the spare room.  But like the box of photos, they were all jumbled up so we saw some we were definitely not meant to know about.  They laughed, open, raw, welcoming the forgiveness that comes with just showing up.

If we take seriously the idea of the incarnation, God with us, God within us, the story that tries to tell us that we can be more than we ever thought possible, then I think God is like our inner secrets.  As fragile and breakable as a glass that we fumble with before the weight of it forces our fingers open and it smashes on the ground beneath.

In times of trouble, God seems more visible, more accessible.  Not because people look for a desperate port in a storm, although a quick glance might make it seem like that.

It’s more that boundaries are down, pre-conceived ideas are just that and the light from broken glass is like a prism stretching possibilities to eternity.  As though God was sitting there all the time but hard to see when the glass was in one piece.

‘So, what shall we do for the ritual?’ asked the daughter who was keen we kept God at bay.
‘Maybe you’ve already done it,’ I said.  ‘All that forgiveness and love and remembering.’
‘But you can help us get to the end,’ she murmured.
‘Ok.’
‘Will you use the God word?’ she asked, head tilted towards the others looking for confirmation.
‘Up to you.’
‘Yes,’ she said.

I did, but more as a whisper than a certainty, as lost in the mystery of what we were on about as they were.

First published in 2012 but worth doing again.