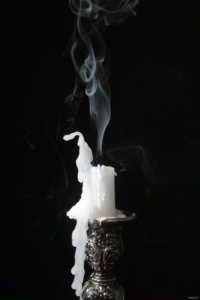 Recently, I had a conversation with a friend who had suffered a great loss. There’s nothing novel about that. Most of us have the experience at some point or another of staggering about life, arms wrapped around grief, loss or pain. My work life is full of these stories.

As a result, I treasure the dark night of the soul. By soul I don’t mean an ethereal body part that flies off somewhere at death but as Thomas Moore describes it in his book, Care of the Soul, that place somewhere between the intellect and the unconscious that is the essence of ones being. It’s not an easy place to be and the temptation is to flee.

As the reflective Carl Jung said, People will do anything, no matter how absurd, in order to avoid facing their own souls. One does not become enlightened by imagining figures of light, but by making the darkness conscious. (Psychology & Alchemy, page 99)

My friend agreed with that. She found that sitting in the dark night of her soul, the pain of becoming conscious took her near to death on many occasions, but going to that place opened more than one perspective on living. So, a prayer for my friend, for me, for any of us who find ourselves lost in the darkness.

On the days
when she thinks, incessantly
of sinking into a warm bath
surrounded by candlelight
as though in a transformative ritual
before swallowing pills
slitting arteries
waiting for life to spurt out
into the void from whence she came.

She wants to believe
in more than the void
the seductive beckoning of the long night.

Yet
stepping into the void
reveals an intimacy,
a closeness
unfamiliar in the daily grind
that drags and demands more,
more than most of us can give.

In the velvet darkness
a heartbeat begins,
familiar, intense
where life begins and ends
within our timid reach.

In the darkness
a tentative knowing begins.

First published 7 April 2011. Some modifications have been made to the original version
Image credit