You’ve got to hand it to the blokes in the church, for their ability to keep mansplaining Godde for our own good. 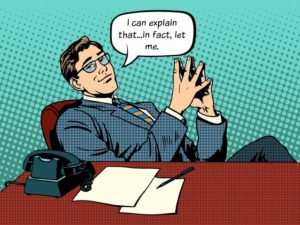 Recently, the Archbishop of Canterbury gave a theological slap to Ariana Grande, she of the God is a Woman fame, by announcing that God is neither man nor woman.

It’s a bit rich when for thousands of years, the church has been promoting God as Father, whilst building cathedrals on the top of sites dedicated to the Divine Feminine.

Yes, Godde language is metaphorical, code that we struggle with to express deep meaning. And agreed, there’s no bloke out there riding around on the clouds in a Michelangelo kind of way, flashing thunder and in control of the galaxies, the big bang and goodness knows what other astrological goings on.

Enough already, we get that, but people have to be able to image Godde in ways that work for them, without what rises up from within being mansplained out of existence.

What appears to have risen up for Ariana Grande is a link between spirituality and sexuality. Her idea is that the sexual act will reveal the woman as Godde. A provocative and integrating idea that reminds me of the mystics.

Think here of Mechthild whose personal revelation spoke of her being the physical lover of Christ presented as a moment of sated sexual love. Or Hadewijch whose visions held her to be both bride and mother of God through sexual intercourse with a male divinity, and lover of an unmistakable male Christ.[1]

This is discomforting imagery and if literalised, like many theological ideas are, it’s understandable why they get marginalised like an awkward relative at Christmas leaving us to sing of wise men, angels and a harmless baby in the manger. Truth told though that Christmas baby did grow up to be quite a handful.

What we mean by God is an entrancing exploration. It seems to be an inextricable part of being human; at some point we’re all confronted with trying to figure it out and that’s the exciting, creative and imaginative part. To be able to write, speak, paint or sing out our Godde truth unencumbered, or dictated to by dogmatic theology.

Dogma is commonly held to mean ideas about God and faith that the institutional church reckons has been revealed and not necessarily thought up. Things that come straight from the mind of God direct to the minds of men, decided with acres of words, conferences, academic papers and endless theological conversations. However, women will not usually have been the decision makers.

This tactic enables the patriarchal church to hold Godde to ransom within intellectually constructed theologies that strip us all of our responsibility for soul work. By soul work I mean to be engaged in the task of making meaning through creativity and connection, underpinned by the journey to the interior, the process of awakening; not to the doctrine or dogma of any particular religion, creed or ism but to the truth that emerges from within.

Under those circumstances, theology becomes a much more interactive process leaving the transcendent, omnipotent male God to take a break whilst we get on with developing workable ideas for our time and place. It’s a kitchen table kind of activity, ‘embodied theology rooted in experience and tested in dialogue’, as Carol Christ and Judith Plaskow say in their book Goddess and God in the world: conversations in embodied theology. Integrating the traditional approach to theology with this feminine conversational model has huge potential, but it takes courage and a willingness to give up power.

This Christmas I offer you the challenge of taking the traditional story and playing around with it. Look at it from every side. Become every character, be daring and invent new ones. Let Mary have a speaking part before, during and after the birth. She could even become the star and you may be surprised by her forthrightness. See how it looks and feels if you dislocate the story from what you’ve been told is right.

With your creativity and imagination in full flow, may you bring to birth what you understand to be Godde this Christmas.